Nowadays, so many games on smartphones promise to help you earn money. You play these games, and then you get rewards paid to your cash app or Paypal account. Would you say no to winning hundreds of dollars just by playing games on your phone?

Lucky Chip Spin, a fun, and entertaining gaming app, claims to give you free money just by playing it. It offers ridiculously high rewards, enough to put your day job income to shame.

Lucky Chip Spin is a coin pusher game developed by Slot Game Developer. It is available to download on Android devices via the Google play store.

According to Google Play Store, the Lucky Chip Spin app has been downloaded over 1 million times and is also rated for teens.

Lucky Chip Spin is a slot machine game wherein you drop coins, and they’re slid to the front edge of the conveyor belt, pushing gold bars and green chips in the process. The number and type of virtual items you knock off indicate how cash rewards you’re supposed to make with this coin pusher game.

If you’re familiar with arcade games, then you could think of Lucky Chip Spin as a virtual version. You must watch sponsored videos that the app developer placed within the game to move to the next step. This is their way of making money off the Lucky Chip Spin app.

But the premise is that you’re supposed to easily earn money, amounting to hundreds and thousands of dollars, in just a few minutes of playing the Lucky Chip Spin app. If this is the case, I guess many players must have quit their day jobs by now and are now enjoying great lives while playing Lucky Chip Spin in their spare time.

Unfortunately, that is not the case, and you’ll soon find out why.

How Does Lucky Chip Spin Work?

If you’re ready to play Lucky Chip Spin, first, you must download the app to your Android device.

This is a free casual game, so you’re not supposed to pay anything to start playing.

So you make money while you play the game, and you’ll see your earnings progressively increase on the dashboard. Once you’ve reached the minimum payout threshold to withdraw your rewards, you click the redeem button. You have two withdrawal options: to your Paypal account and Cash app account. You can withdraw from at least $300 to at most $10,000!

How to Play Lucky Chip Spin

You can start playing the Lucky Chip Spin game once you’ve downloaded the app into your Android device.

The game interface is similar to many slot machine apps nowadays, so it shouldn’t be too difficult to navigate if you’ve played many games like this.

Basically, you have a virtual slot machine where you drop in your coins into a conveyor belt. This is a coin pusher game, so as your coins drop, you push other coins to the edge of the belt.

Lucky Chip Spin also has a slot machine feature. When the coins hit the 777 box,  you can win cash and fruits if you get three similar symbols.

Also, note that there’s a piggy bank on your dashboard. This piggy bank lets you quickly knock down nickels and gain access to more virtual dollars.

Another way to accumulate more rewards is to complete tasks or quests. These quests appear on your screen. They are small tasks that you must accomplish to win more gold bars.

Cashing Out Your Real Cash Rewards

Cash outs are only available only if you’ve reached the minimum threshold amount to withdraw, which is $300. You have two withdrawal options: 1). PayPal and 2). Cash App.

Apart from getting your rewards with just a few clicks on the redeem button, you’re also supposed to be able to exchange tokens for cash. If you collect all the fruit, you could win up to $1000 and an extra $777 for getting all matching slots.

Sounds like Lucky Chip Spin is quite generous with their offers.

But the next question is this: do they pay?

Is Lucky Chip Spin legit? Or Is It A Scam?

According to many players, you’ll accumulate virtual dollars quickly when you play Lucky Spin. It seems that you’ll only be just a matter of several games away from finally cashing out.

But players say that this coin pusher game tends to slow down collecting virtual dollars as it approaches the minimum threshold for withdrawal, making them wonder: will Lucky Chip Spin ever pay them?

Unfortunately, this game is legit, and it’s only luring players with the promise of lucrative payouts. The app, meanwhile, probably makes tons of money from advertisers.

There are also several red flags that make this coin pusher every bit suspicious.

First, it says that it has millions of downloads on the Play Store, but there are literally zero reviews or ratings on this app. Activating the reviews/rating feature on the Play Store means players who have been duped can write negative feedback, which is bad news for the app.

It’s also ridiculous that you can make loads of money playing the Lucky Chip Spin in several days. If only making money was this easy, then most likely everyone would be glued to their phones!

If you notice, you’ll accumulate many rewards quickly by letting you win consecutively. This kind of builds momentum in your game, tricking you into keeping playing and playing.

But you only spend precious time watching ads without any real payout. Legit apps, like survey and rewards-based ones, have lower withdrawal thresholds. Even so, if they pay their users, then they’re legit. But Lucky Chip Spin is just all about false advertising.

Perhaps the one good thing about Lucky Chip Spin is that it does not ask its users for personal information or bank details, which makes it somewhat safe.

But that’s beside the point. You’re playing to have fun and make real cash at the same time, so if you don’t make money, you’re bound to get bored and frustrated.

Be warned: this is a highly addictive game. If you’re not aware that it’s not legit, you might keep extending your play time to earn more rewards, which also means needing to see more of those annoying ads. At the end of the day, you can’t cash out and won’t make any money from this game.

If you’re not convinced that Lucky Chip Spin is legit or a scam, I took the time to look around reviews from players. Here’s what they’ve got to say.

Apparently, a group of players took to Reddit their frustrations and planned to file a class action lawsuit against the app and its developers for false advertising.

Also, too many players say that the app never lets them redeem their rewards when they’re already super close to reaching the last fruit, which would have allowed them to withdraw.

It’s been one red flag after the other, so it’s safe to say that Lucky Chip Spin is not legit. If anything, it’s only designed to waste your time watching ads.

Is the Lucky Chip Spin App Worth It?

We’re at the end of this Lucky Chip Spin review, and I second the majority’s opinion: it does not pay and is not legit. It will only rob you of your precious time watching ads that would have been better spent on other apps that are 100 percent legit.

So if you enjoy playing games on your phone and would like to make money, consider apps like Swagbucks, Inbox Dollars, and MyPoints. These apps let you earn rewards that translate to real cash, but they’re nothing crazy like what Lucky Chip Spin promises.

The best thing to remember when dealing with apps like these is that if it’s too good to be true, then it probably is! If an app promises to make money super quickly and easily, you have good reason to be suspicious and vigilant. 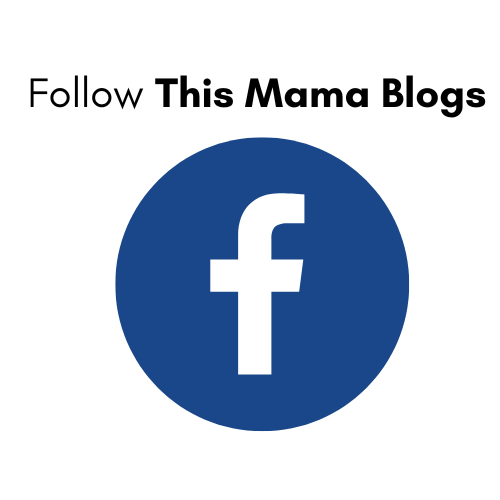